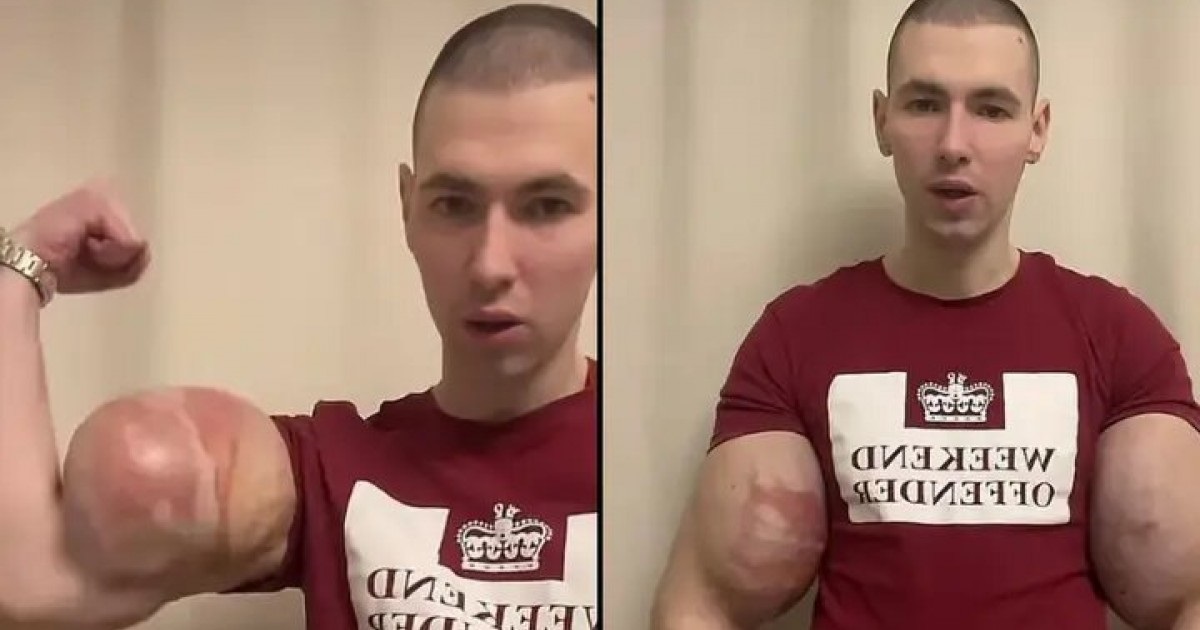 Because of his artificially pumped-up arms, the man dubbed the ‘Russian Popeye’ has alarmed followers, with many encouraging him to seek medical help. After injecting petroleum jelly into his arms to give himself gigantic muscles,’ Kirill Tereshin, who goes by the handle Ruki Bazuki on social media, has been compared to the cartoon character. 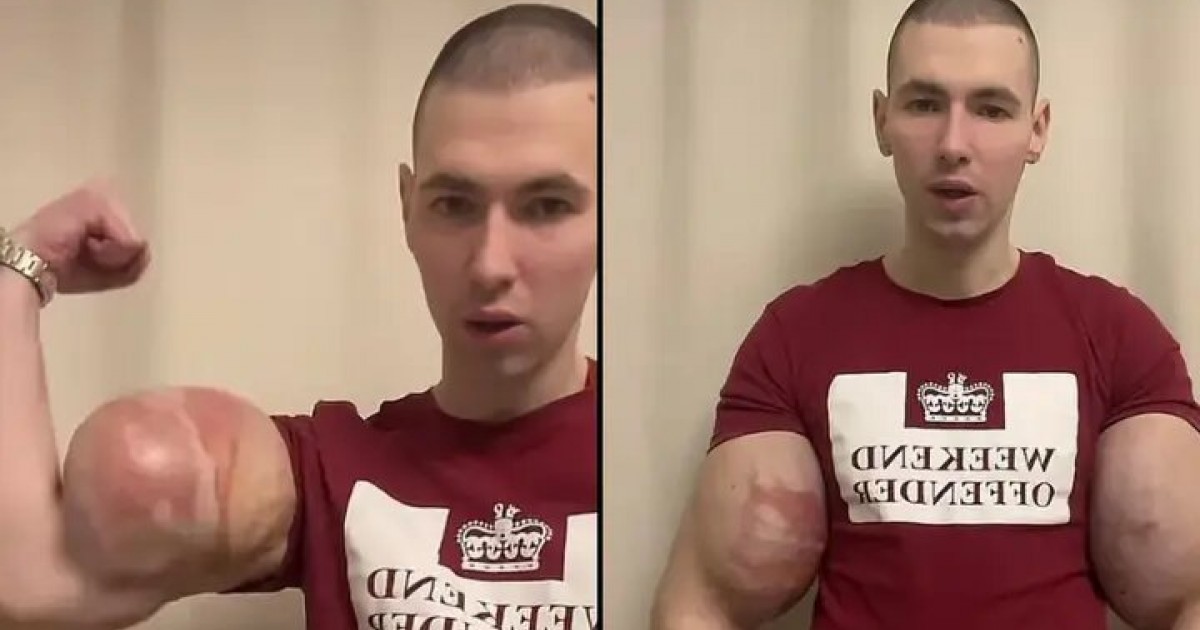 While he’s become a social media sensation, with over 950,000 TikTok followers, a lot of fans have raised concerns about his health in recent videos.

After being warned by doctors that he could face amputation or even death, he said: “I bulked up my arms when I was 20 due to my stupidity. I did not think about the consequences.” 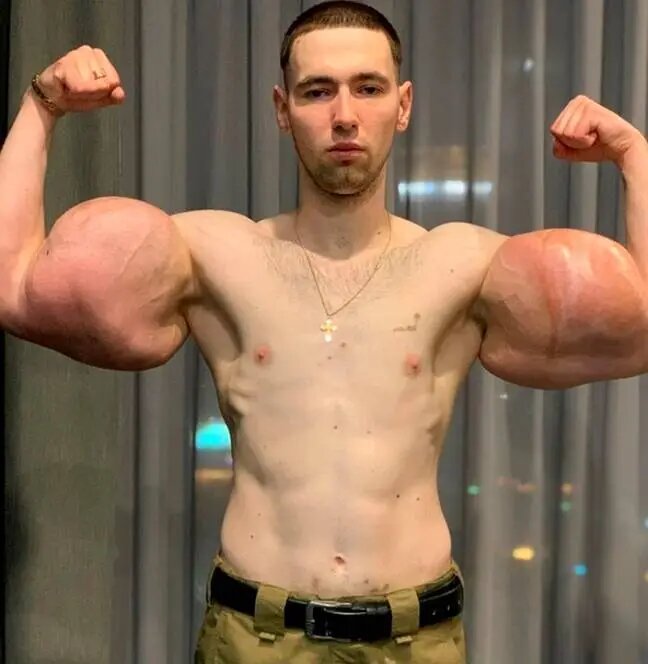 Despite the treatments, it looks that his arms are still suffering from the injections since his muscles are still excessively bloated.

In recent videos, the online sensation performs dance routines with his partner, while others show him flexing his muscles and making fun of his huge biceps. 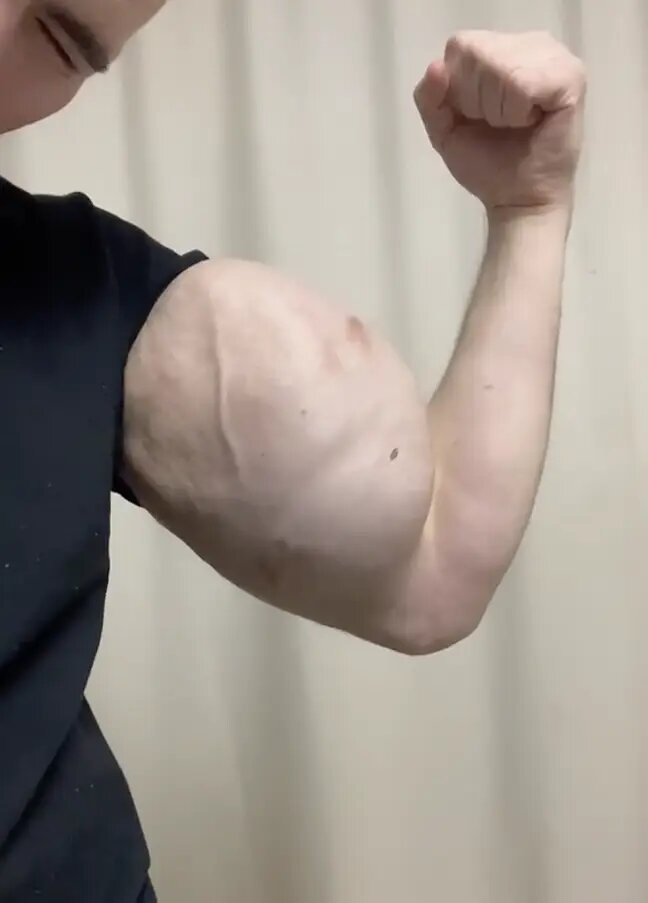 “Get some professional help before it’s too late… SERIOUSLY!” wrote one, while another simply said: “Go to the hospital.”

A third chimed in: “Popeye the sailor man… On a serious note, they are gonna pop.”

“Kirill injected about three liters into each arm. It saturated the muscle tissues, blocked blood flow.”

“As a result, the tissue dies and gets replaced with a scar which is as tough as a tree, you can even knock on it and hear the usual sound.”

The doctor continued: “Petroleum jelly affects the whole body, kidneys in particular. I think Kirill did not fully realize the consequences of what he had been doing.”

Even though the surgeon was able to remove some of the material, he could only work on one arm.

Tereshin had another procedure in 2021, and he will likely need more in the future.

At the time, the TikToker expressed apologies for the injections, stating he was ‘very concerned about the operation on his arm.

“I should have thought about this earlier, I know,” he said, “I blame myself, I know I’m guilty.”