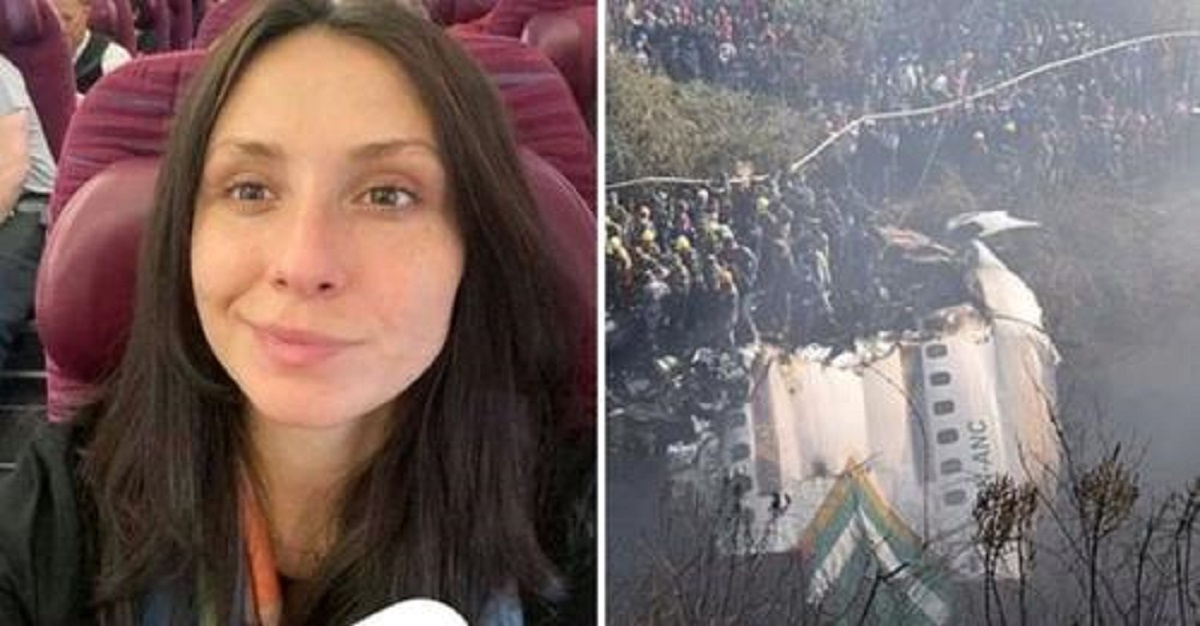 A Russian blogger who tragically died in a plane crash that killed 68 people in Nepal shared a devastating final post from the seat of an aircraft.

As reported by BBC news, a Yeti Airlines plane crashed near Pokhara airport in central Nepal yesterday (January 15) with 68 people confirmed to be deceased.

The flight left the Nepalese capital of Kathmandu carrying 72 people, 15 of which were said to be foreign nationals. Of the passengers on board, 53 were Nepali, five were Indian, four were Russian, two were Korean, as well as passengers from Australia, Argentina, France, and Ireland.

The plane crashed into a gorge roughly 1.5km (0.9 miles) away from the intended airport where it burst into flames, leaving emergency services facing a battle to get to the wreckage.

One passenger among the 72 on board was Russian national Elena Banduro who sadly lost her life as a result of the devastating tragedy.

Per the Daily Mail, Banduro was a travel blogger who documented her adventures around the world on her Instagram page, and she had shared one final heartbreaking post before the fatal crash.

Sitting in her seat on the Yeti Airlines flight, the 33-year-old posted a selfie with the caption: “Go to Nepal!” as she was excited about the adventures to come.

`Elena Banduro´ is one name out of 72 and she is the one who lost her precious life in fatal Plane crash at pokhara.
Elena is from Russia.. She landed in Nepal just a day back not even 24 hours, and she will never return to her home again.😥May her departed Soul Rest In Peace ❤️ pic.twitter.com/C7tXnP2B9L

The Moscow travel blogger worked as a social media manager and was amongst three other Russian nationals who lost their lives in the incident.

The Daily Mail report named them as Viktoria Altunina, Yuri Lugin, and Viktor Lagin. Their deaths were confirmed by Alexei Novikov, the Russian ambassador in Nepal.

He stated: “Unfortunately, four citizens of the Russian Federation died. We are in constant contact with the Nepalese authorities and will provide all necessary assistance to the relatives of the dead Russians.”

Banduro’s Instagram page has been flooded with people sharing their condolences. One person said: “Sorry for the loss. So much of heart break. We all Nepali are sorry for the loss to her family. Rest in heaven.” [sic]

A second person added: “How profound that last post was… and what a beauty she is. Too bad. Condolences to family and friends.”

The crash is the deadliest in the region since 2018 when 51 people lost their lives as US-Bangla Dash 8 turboprop flight from Dhaka crashed while landing in Kathmandu.

The plane’s chilling final moments were also caught on camera by another passenger who had been live-streaming the landing as the fatal crash occurred.

The footage showed the passenger and the person he was sitting next to looking relaxed and happy seconds before the tragedy, with the camera suddenly tilting to one side before being engulfed in flames as the plane crashed.

Our thoughts are with all those affected by this tragedy.