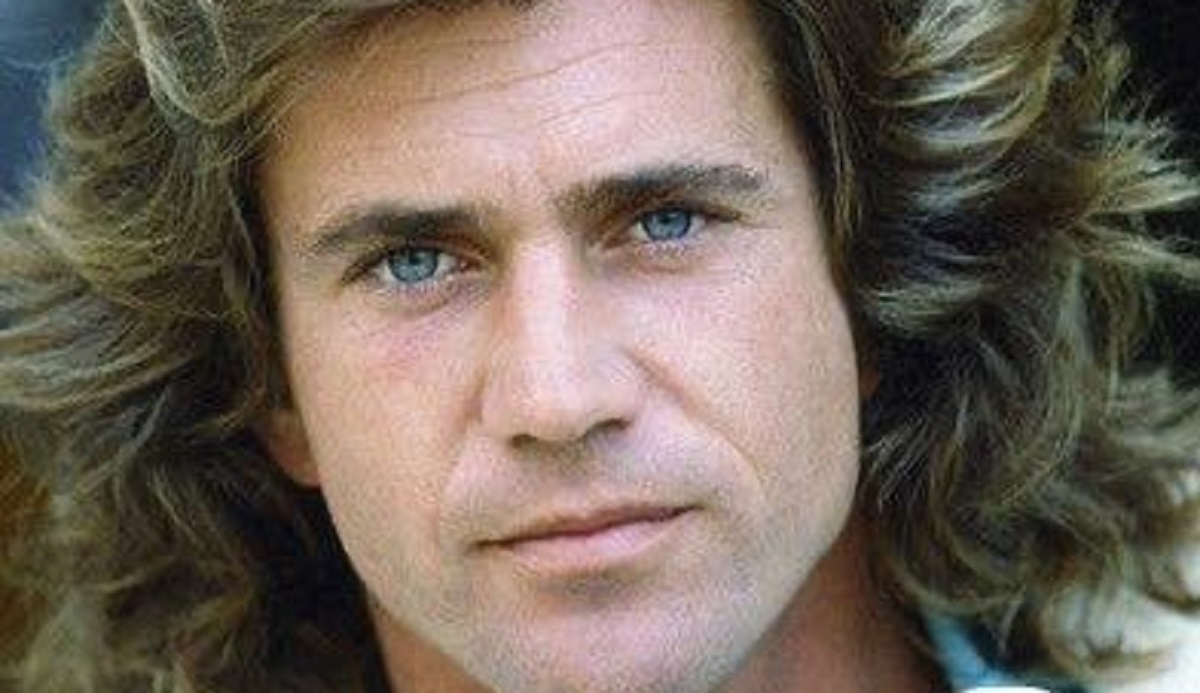 Mel Gibson has been a mainstay in the show business for several decades. The Hollywood star also has nine children, one of whom, Milo Gibson, is now starting his very own movie career. 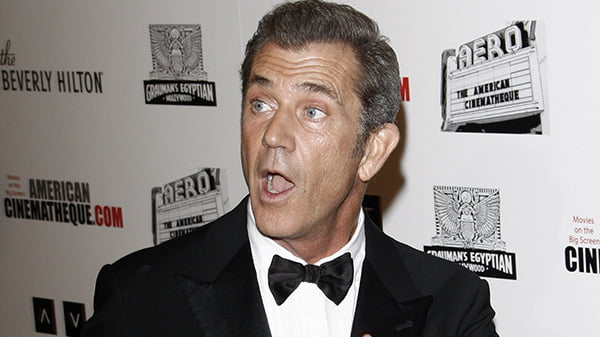 Shutterstock
Few actors have played such iconic roles as Mel Gibson. Braveheart (1995) and Conspiracy Theory (1997) are two of his most beloved roles, but the fact is that Mel Gibson has done so much more.

Mel Gibson
During the years he’s spent in the spotlight, Mel’s had a wife – whom he divorced – and, since 2014, a new partner. Somehow, while being an action-packed star, traveling the world to shoot films as an actor, director and producer, Gibson has found the time to raise nine wonderful kids.

Some of them have chosen a life outside the public eye, while some wanted a career in film. One of them, Mel’s son Milo Gibson, his now well on his way to becoming a real Hollywood star. 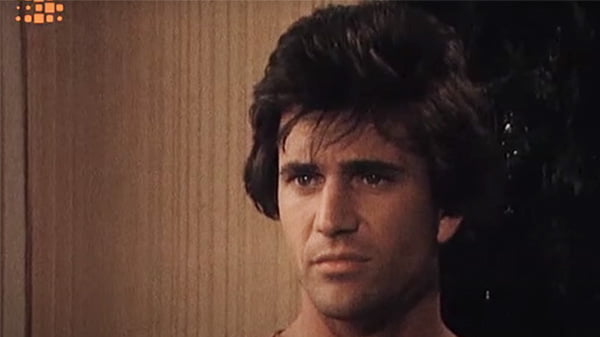 Youtube
Mel Gibson was born in New York in January of 1956. When he was 12 years old, his father won a “small fortune” on Jeopardy!, and decided that his family should move to Australia.

Mel Gibson – career
They settled in New South Wales, and following his graduation from high school, Mel Gibson went into the world of acting. His sister enrolled him – without his knowledge – in the Sidney National Institute of Dramatic Art (NIDA). He decided to go, and it didn’t take long before he became a fully-fledged actor.

In 1977, Mel landed his first role in the film Summer City. A filmmaker named George Miller took note of him, and that changed everything. Gibson was then cast in Miller’s first low-budget futuristic thriller Mad Max (1979), and soon he became a star in Europe and Australia through the success of the movie.

Gibson went on to star in several other films and win the Australian film Institute’s Best Actor Award. By 1981, he had taken a huge leap into the world of Hollywood. 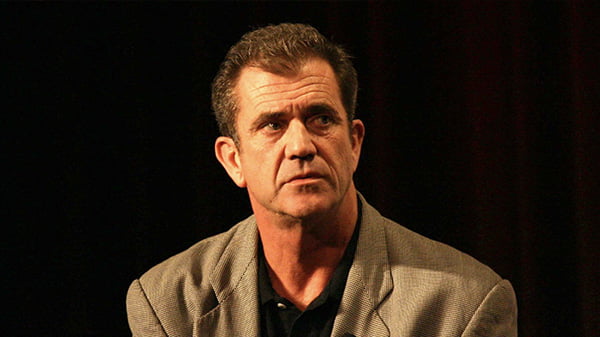 Shutterstock
Mel Gibson starred in the Max Max sequel the Road Warrior/Max Max 2 in 1981 and the US audience was sold. Mel found himself placed in the same category as action stars such as Clint Eastwood and Arnold Schwarzenegger, though he could do so much more than just action movies.

Directing
Firstly, his astounding interpretation of Hamlet in 1990 showed everyone that he could take on softer roles as well. Three years later he made his debut as a director with The Man Without a Face. But, in 1996, Mel Gibson reached Hollywood stardom and achieved status of a whole different level.

When Mel Gibson was handed the script for Braveheart, he knew almost instantly that he wanted the project, and not only in an acting capacity.

“It is just a funny corner of history that I’d never heard of before. And the script was a very haunting piece of work,” he said.

“I put it down and thought, ‘it’ a pretty good script’. And then I couldn’t stop thinking about it, it obviously got inside my head. It was given to me on an acting basis, but I just felt I had to tell this story, I repeated scenes and sequences inside of my head. So that’s a pretty good indication that you probably should direct it.”

Shutterstock
Mel Gibson, whose own mother is Irish, didn’t know the dialect at all.

“It was difficult, but I was up there and immersed among people who all needed subtitles,” he said on the Graham Norton Show. “I’d ask people ‘What did you say?’ and they’d have to repeat it, so eventually it kind of worked its way into my lexicon.”

Mel Gibson – Braveheart
Mel needed someone who could teach him the dialect, and the perfect man was Sean Connery. Not only was he an actual Scotsman, he had also played roles such as James Bond and the King of England, all with his great and super charming Edinburgh dialect.

“We were at Andy Vajna’s place and he’s Hungarian, so he made Goulash. Now, imagine Sean Connery saying that word,” Gibson explained. “To hear Sean actually utter a word like ‘goulash’ is a lesson in itself. You just pick up the accent from the people you’re talking to and hearing and he helped me perfect my Scottish accent.”

Well, Mel Gibson’s undertaking of the film was a success indeed. Braveheart became a mega-hit both with critics and the audience, winning a total of five Academy Awards, including Best Picture and Director. It has also been criticized for not being especially accurate in regards to the real history, but none the less, Braveheart was a magnificent film, even garnering comparisons to masterpieces such as Spartacus and Lawrence of Arabia. 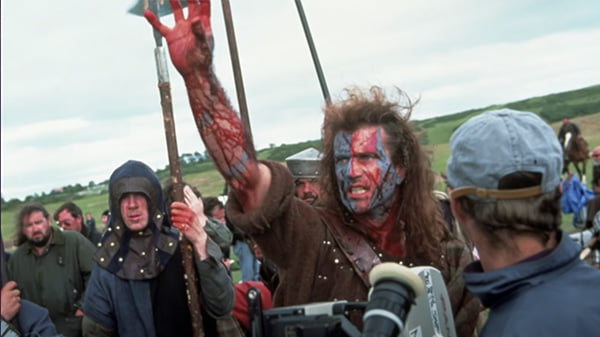 Youtube
Academy Award-winning actor
Mel Gibson continued to star in and produce several movies. In 2017, he was awarded an Academy Award nomination for Best Achievement in Directing for his movie Hacksaw Ridge, a World War II movie about the Battle of Okinawa.

Not only was it a great movie, but Mel Gibson actually got to work together with his son, Milo Gibson, who had a supporting role in the film.

Milo is one of Mel Gibson’s nine children, and as you might know by now, he’s enjoying a career in the film business. But it wasn’t always like that, since Milo originally wanted to do something completely different to his father.

One thing is for sure. He looks exactly like his father!

One might think that as the son of Mel Gibson, you’d live in all the glamour present in a huge Hollywood mansion. But according to one of his sons, that wasn’t the case.

Milo Gibson – Mel Gibson
Milo Gibson was born November 16, 1990, in Australia. At just 3 years old, the family moved to California, where Milo grew up in Malibu. He had a big interest in surfing, but just because he was the son of a major Hollywood star, his life wasn’t all glamour.

Sure, he enjoyed a privileged childhood, but according to Milo himself, his parents made sure that their kids would be like any other child.

“It wasn’t a showbiz childhood,” he says. “Our parents kept us out of that type of world,” Milo Gibson told The Australian. “Because it changes people, I think.” 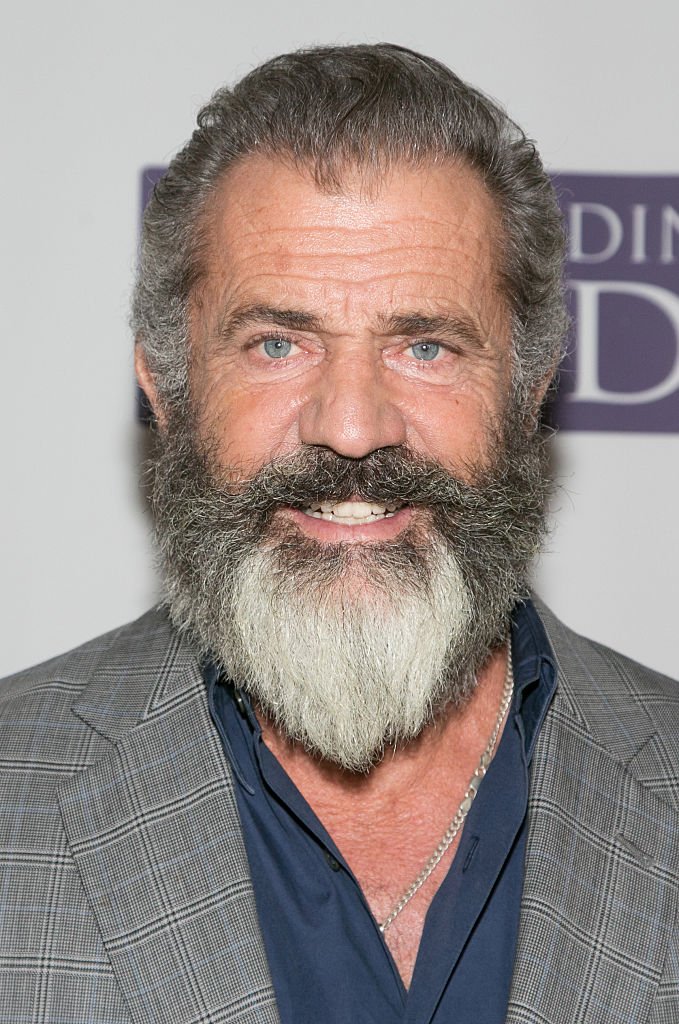 Gabriel Olsen/Getty Images
“We didn’t grow up in the Hollywood lifestyle clique,” he explained. “I basically did everything other than going into the career of acting; I wanted to do more of a blue-collar job that involved real people.”

Even though they had a normal childhood, he and his siblings got to meet several celebrities. Robert Downy Jr. was one of them, and he turned out to be an excellent video game fighter.

“He let me hit him in the face a couple of times,” Milo recalled.

As a child, Milo Gibson didn’t quite understand that his father was known all over the world. It wasn’t until a few years later that he understood his father was a huge celebrity.

Growing up as a celebrities child
But at the same time, he was very cautious about telling people. 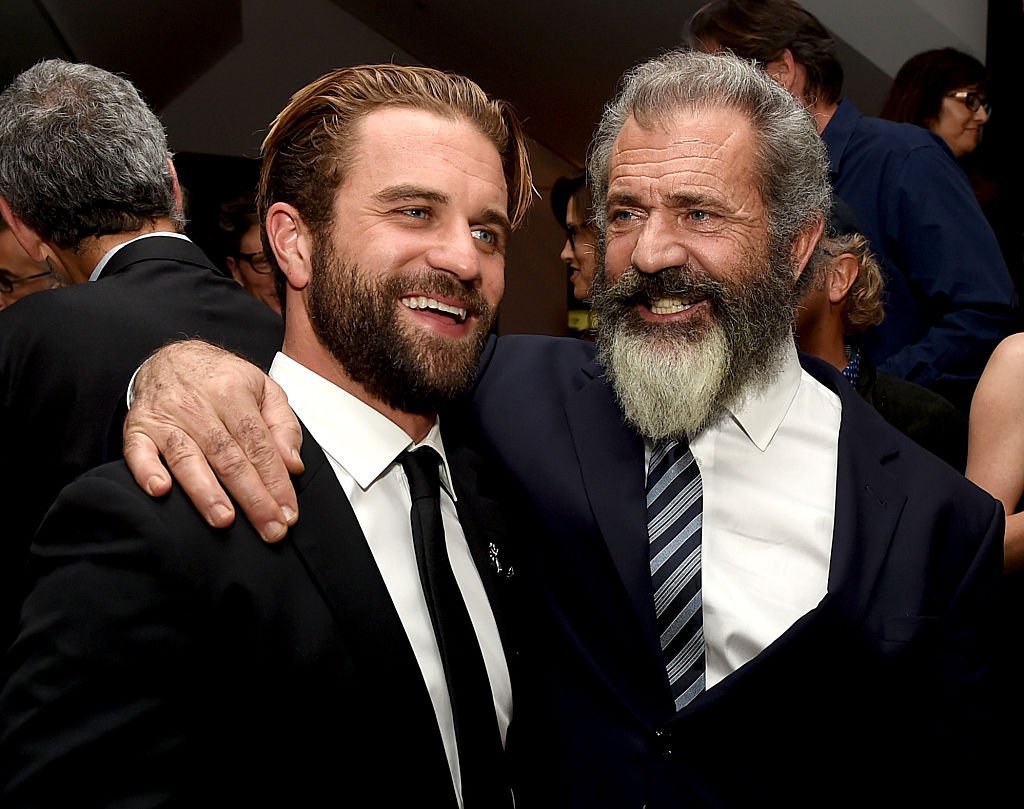 Kevin Winter/Getty Images
“I walked into that on set, by myself. Dummies swinging from the roof,” Milo Gibson recalled. “I remember Dad grabbing me and taking me out, saying, ‘It’s not real.’ I specifically remember seeing the eyes all staring down.”

Having last name “Gibson” certainly came with some pressure. As with many other celebrities, fans believe it’s their destiny to follow in their parents’ footsteps. Milo Gibson, however, made an active choice to live outside the spotlight.

He grew up playing football in high school and surfing in his spare time. Following his graduation, he decided that he was going to be a private massage therapist, a career which he actually worked in for a couple of years. Later on, he became an electrician.

Milo Gibson – acting career
Milo Gibson loved working with – as he terms – “real people”, and since his parents didn’t push him into the film business, he had every opportunity in the world to become who he wanted.

His father Mel Gibson lived an action-packed life, travelling the world to shoot films and attending celebrity awards and other events all over the country. But he was also sure to raise his children in a normal way, which we really love him for doing.

Of course, Milo Gibson would eventually walk in his father’s footsteps anyway, though his parents never pushed him into becoming an actor. 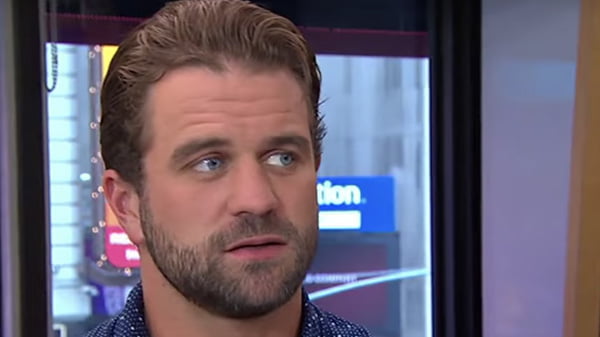 Youtube/GoodMorningAmerica
At the same time, they loved it.

“My dad was always a big advocate of doing what you like to do, and keep doing new things and trying new things, but do what you love,” Milo Gibson told The Hollywood Reporter.

“And I did that. I had a lot of different jobs but they weren’t things that I wanted to do for the rest of my life. And I have a really big passion for acting and I really love doing it.”

Working with his father
In 2016, he had his first shot at acting when he got to work together with his father in the Second War II film Hacksaw Ridge, starring alongside actors like Andrew Garfield. It was the start of his acting career, and to work alongside his father – who was directing the film – was a perfect start.

“It was nice to see him behind the camera,” he said. “I learned that you have to be comfortable taking risks and then stick with them; one of the keys in acting is to be vulnerable.”

Gibson had his first leading role is the film All the Devil’s Men, which premiered in 2018. He’s also gotten roles in The Tribes of Paolos Verde (2017) – starring alongside Jennifer Gardner – and Breaking & Exiting (2018).

Shutterstock
At 32 years of age, Milo’s career in film has just begun, and we’re sure that he’ll get the utmost support from his parents.

Spitting image of Mel Gibson
He’s already had many types of roles, which definitely is a good sign for the future! Besides acting, Milo Gibson has also tried out modeling.

With his thick hair and intense eyes, he sure is the spitting image of his father, Mel. Sometimes, people recognize him, though not for being Milo.

Not only do we think Milo Gibson has a great career in the acting business ahead of him. Also, we are so happy that neither him nor his father are pushing for it to happen.

We wish Milo and his father all the best in the future. Please share this story with friends and family!