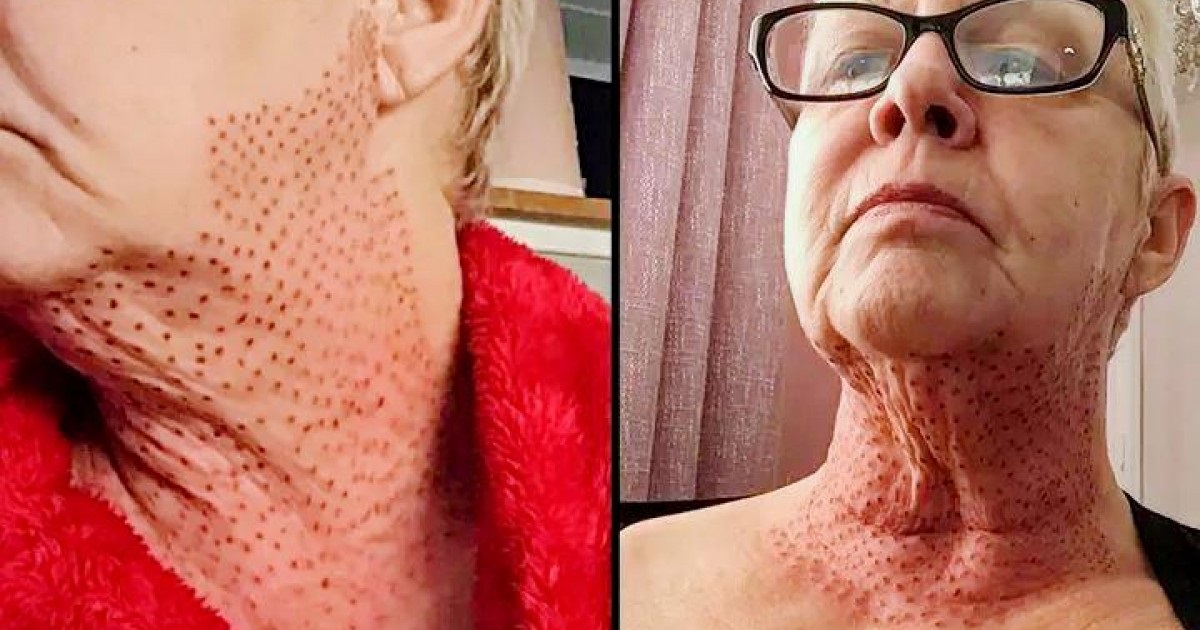 After losing weight, Jayne Bowman wanted to have her double chin removed and so paid $600 on skin tightening surgery that left her with a ‘lizard neck.’ 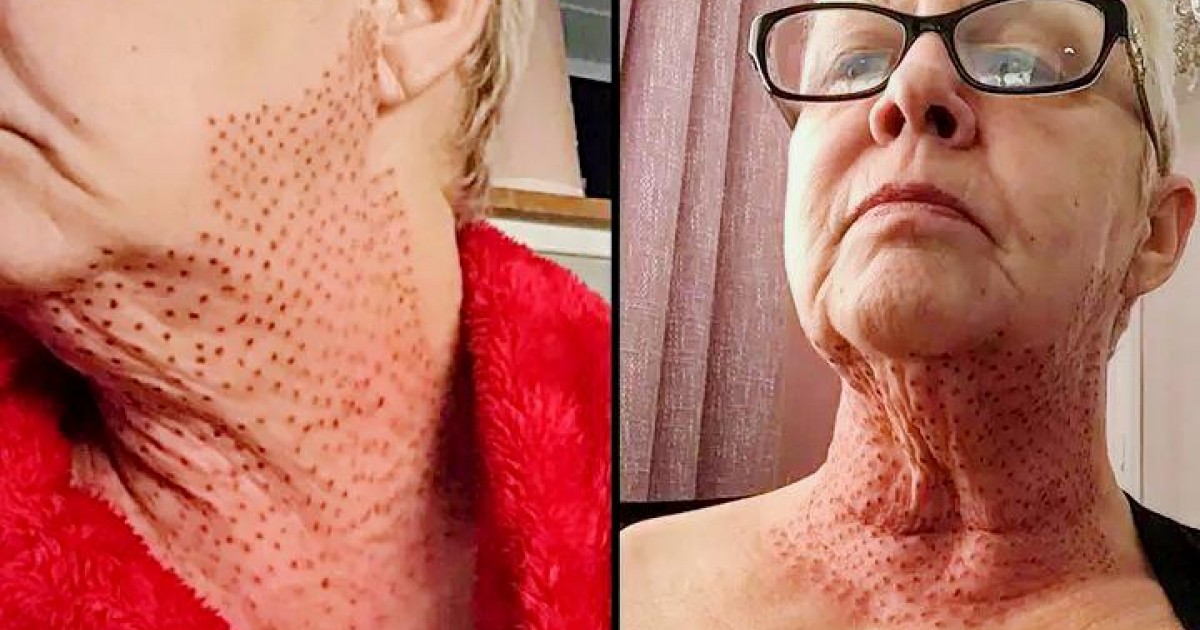 A woman claims that a botched surgical operation left her neck appearing like a lizard.

Jayne Bowman, 59, of Hampshire, paid $600 for fibroblast surgical therapy to tighten the tissues on her neck. 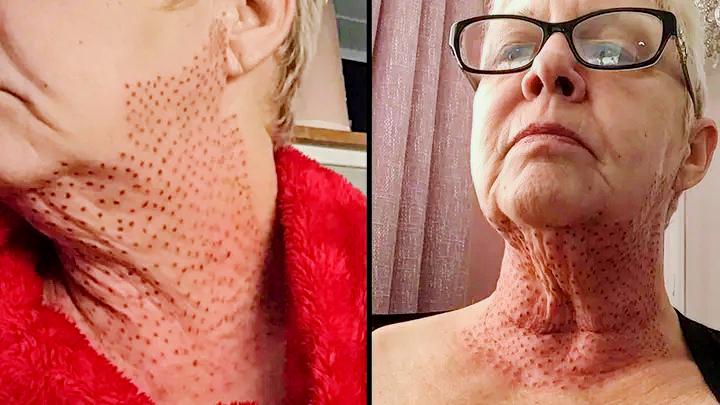 To stimulate tissue growth, a gadget zaps a high-frequency electric current that passes through the skin.

However, rather than tissue repair, Jayne was left with lots of scars and red blotches after receiving therapy from a makeup artist she discovered on Facebook.

Even though the dots finally disappeared, Jayne’s situation was traumatic, and she now intends to disseminate the details and advocate for more restrictions surrounding the surgery.

Jane expressed: “I don’t go out without a scarf on. In fact I don’t like going out at all, I’d rather go out in the rain where I’ve got a hood up and nobody can see me. 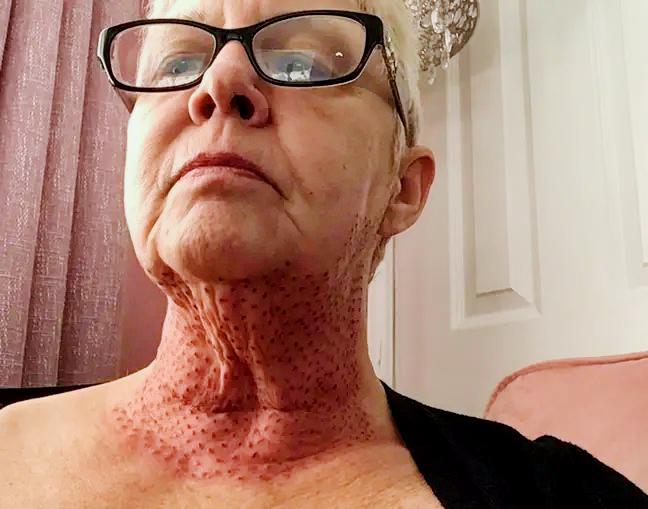 “I’m not slating all beauticians because they’re not all the same, but there are many of them out there that are bad. Stick to professional people.”

Jane researched cosmetic treatments after a diet plan left her with a ‘terrible double chin’ and asked for guidance on Facebook.

Shortly, a reply from a makeup artist appeared, proposing that she would try a therapy known as ‘fibroblast plasma.’

Jane stated: “I checked out her page and saw she had great reviews and all the qualifications. But when I got home my neck felt like it was on fire.

“Weeks later there was no change at all apart from horrible scarring. I had hundreds of brow dots all over my chest. I looked like a lizard!”

“All I was left with was unsightly red dots all over my neck. I couldn’t bear going out of the house because of the awful scarring.”

Jayne, who was born and raised in Mountain Ash, South Wales, but now resides in Hampshire, talked to a legal representative, although they were unable to gain any more information from her.

She disclosed: “Now I am fighting hard and have even launched a petition calling for much stricter regulations in the beauty industry. 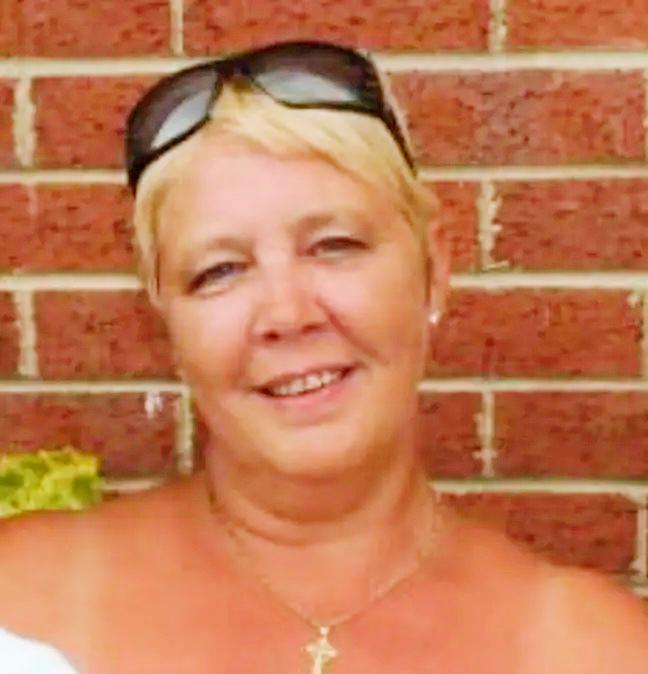 “I am not after money, I just want justice for being butchered at the beauticians. It honestly has been a living nightmare and I am living with the scars to prove it.” 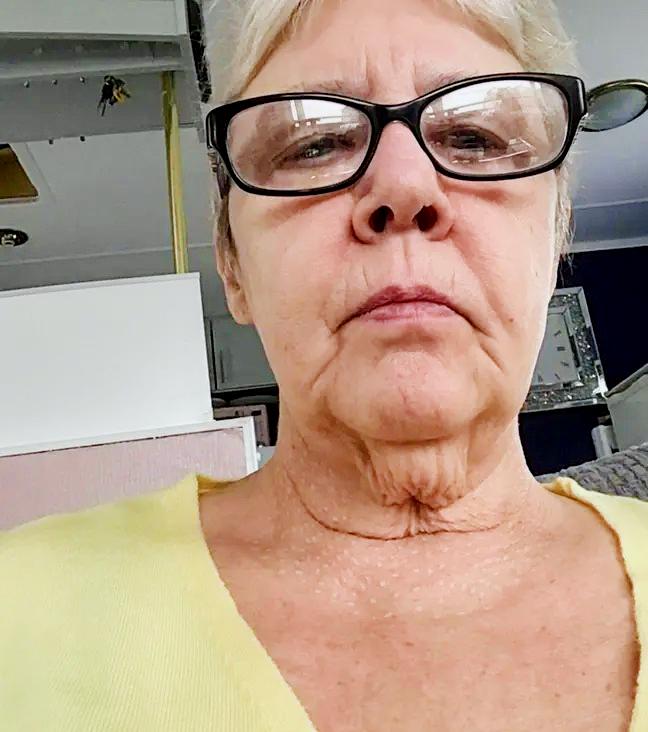 A Department of Health and Social Care spokesperson stated: “Anyone considering a cosmetic procedure should take the time to find a reputable, safe and qualified practitioner and consider the potential impact of surgery on both their physical and mental health.

“Patient safety must always come first, which is why we are considering whether there needs to be more clarity around how treatments are classified and stronger, more robust safeguards for the regulation of providers of these treatments.”