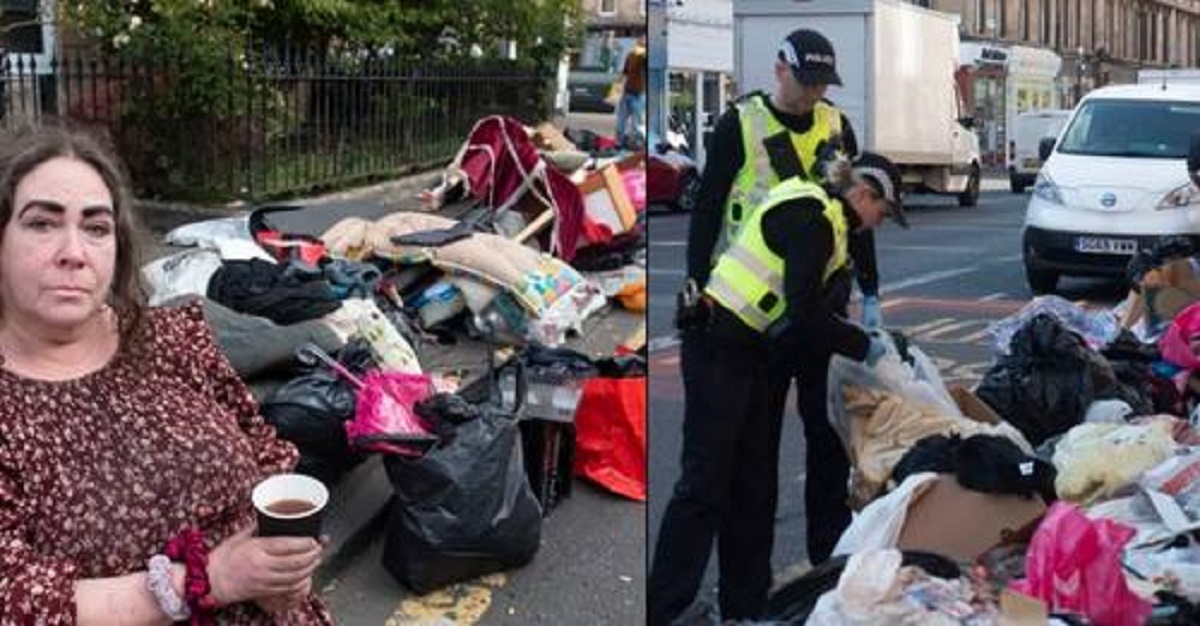 A woman claims that her ‘life has been destroyed’ after a landlord allegedly chucked her entire worldly possessions out in the street and shifted her from her home of 15 years.

Jeanette Ross, 61, claims that she was in a long-standing dispute with her landlord over a boiler in the Glasgow flat, but things totally boiled over on Wednesday night (28 September) when she found all of her possessions out in the road near her flat.

After being alerted by a neighbour, Jeanette discovered that her stuff had been unceremoniously dumped in a pile on Pollokshaws Road, where she lives. 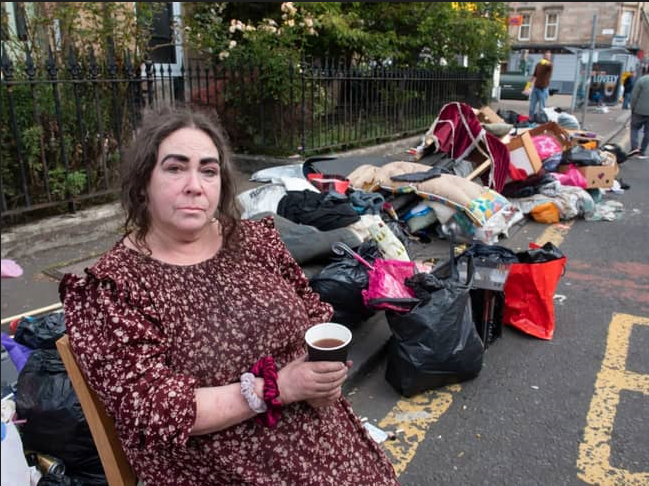 Ross explained: “My neighbour phoned me last night when I was out and told me my belongings were outside at the bus stop.”

“I came back to see what was happening and saw this – everything I have dumped like rubbish.

“I’ve been here all night and I feel like I’m having a breakdown.

“It’s horrific because everyone passing can see what’s going on and it looks like I’m a bad person. It’s destroyed my life.”

Explaining the dispute with her landlord, Jeanette continued: “I’ve been in dispute with my landlord for the last five years because he wouldn’t replace my boiler.”

“I told him I was taking him to a tribunal and he said If I do that I guarantee you won’t get back into the house.

“I’m a good tenant and I always pay my rent and I’ve been here for 15 years. It’s just me and my cat Coco who is staying with a friend at the moment.

“The last few days he had told me to get out but I asked him about stuff I had to get out of the flat and he hung up the phone on me.” 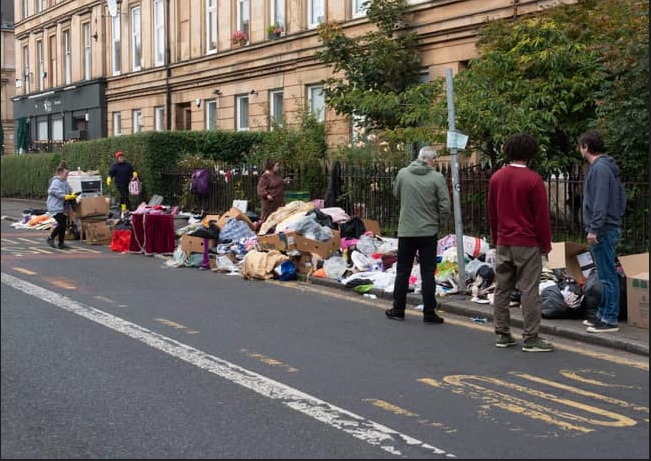 So far, we can’t be sure whether the landlord has broken any laws, but it doesn’t appear so.

Still, that doesn’t account for the pile of belongings sitting in the road.

Fortunately, Jeanette does have somewhere to go for now at least, as she’s staying with her friends and neighbours.

However, one helper – Gloria Dawson from tenants’ union Living Rent – said that Jeanette’s case is not an isolated one during the cost-of-living crisis.

Dawson said: “I live locally and I’m a member of Living Rent and I found out about this through a friend.”

“The first thing is this person hasn’t been given dignity as a tenant, they haven’t been supported by their landlord.

“We don’t know what the legal ins and outs are so I can’t comment on that but we know that in Scotland many, many people are struggling to pay their rent because of the cost of living crisis.

“There’s a squeeze on benefits, people are losing their jobs and that’s why it was really important for the Scottish Government to put in a six month temporary freeze on evictions and on raising rents in the private and social rented sector.” 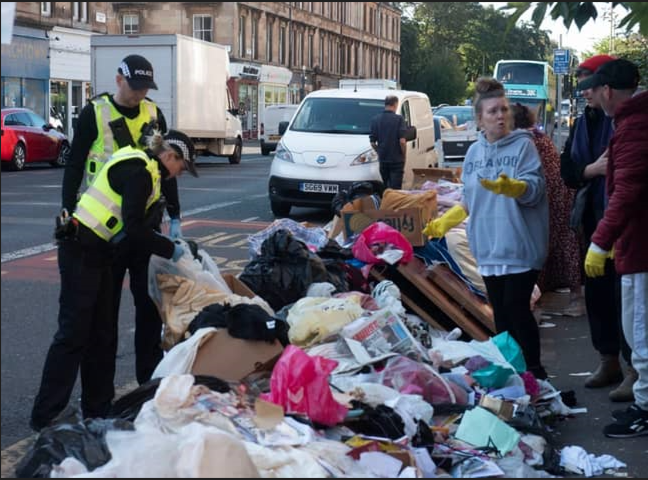 Jeanette’s pal Frank added: “It’s disgraceful, I have known Jeanette for years and I know she’s been fighting for a new boiler for years.”

In response to Ross’ eviction, a spokesperson for Police Scotland stated: “We were called to a report of concern for [a] person at Pollokshaws Road, Glasgow, at around 10.35am on Thursday, 29 September 2022.