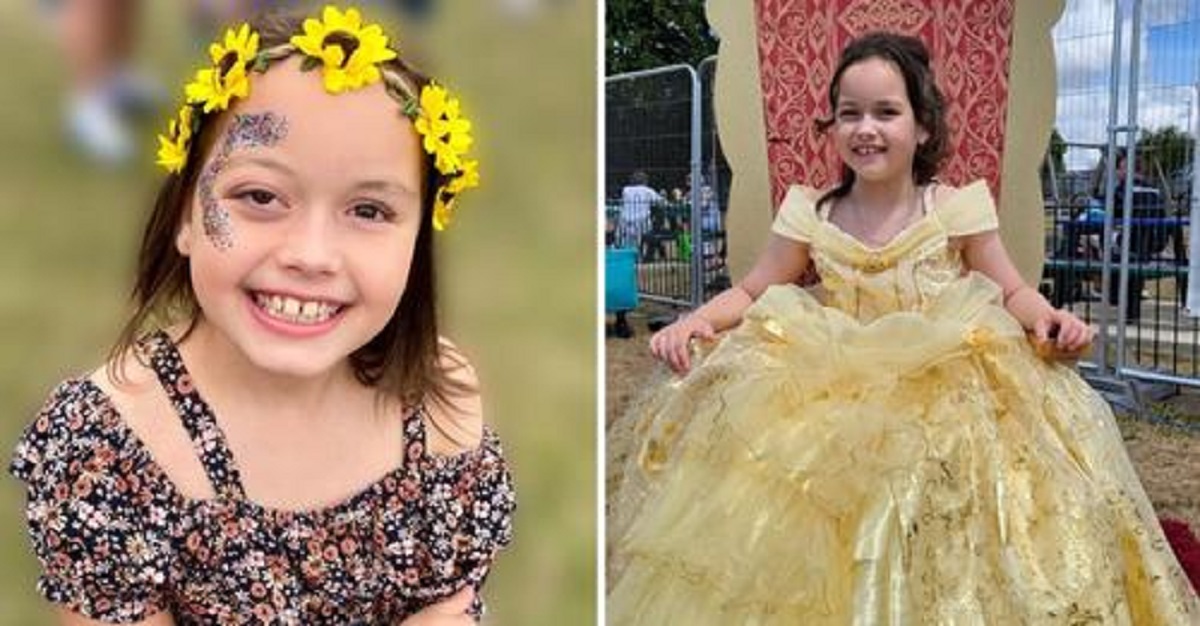 A young girl tragically died just one hour before her ninth birthday, her parents have revealed in a heartbreaking tribute.

Eight-year-old Amber Sheehy from Norwich, UK, had been diagnosed with terminal cancer in April last year, however, she lost her battle against the condition at 11:00 PM on Saturday night (January 14).

According to BBC News, she passed away peacefully in her sleep with her parents by her side. Soon after her death, her father Jon took to Facebook to pay tribute to Amber, writing: “She had no pain or discomfort and this was all we could have hoped for […] Amber passed away with dignity after fighting a battle she couldn’t win.”

Her mother Amanda took to Instagram to pay a heartbreaking tribute to her child, captioning an image of Amber in a flower crown: “Good night, sleep tight, mind the bed bugs don’t bite (num num num) […] You are my sunshine […] You’re the best daughter in the world and I love you to the moon and back and back again lots of times. Forever 8 […] Happy heavenly 9th Birthday Bubba.”

Amber had been diagnosed with a brain tumor at the age of five in April 2019 after she complained of having regular headaches and feeling sick in the mornings, per ITV. She successfully completed treatment in 2021, but it returned in April of the same year. The youngster had been in a hospice for four months before her death.

Her parents had already organized a birthday cake for Amber’s upcoming birthday celebrations, which included a Barbie doll in the center. “We decided to celebrate Amber’s birthday with grandparents just as we would have done,” her father said, via ITV.

“We opened her cards and chatted and remembered Amber as she was along with some nice food. We watched some videos sent from the Norwich FC players last night wishing her a happy birthday. We simply cannot even begin to explain just how loved we feel today, and the love shown for our little lady. The comments, flowers, and cards are simply beautiful and our garden looks beautiful as we just went to look and read some of the notes and cards left,” he added.

Amber’s favorite soccer team Norwich FC also paid tribute to her, taking to Twitter to write: “All at Norwich City are deeply saddened to learn of the passing of last year’s fan of the season, Amber Sheehy. Our thoughts and prayers are with her family at this incredibly difficult time. Rest in peace, Amber […].”

All at Norwich City are deeply saddened to learn of the passing of last year's fan of the season, Amber Sheehy.

Our thoughts and prayers are with her family at this incredibly difficult time. Rest in peace, Amber 💚💛 pic.twitter.com/sGmPy5MyKV

“We have been so blessed to have had her for one hour short of nine years. She might not have won this fight, but she has taught many people to love harder, play longer and never give up,” Amber’s father said, adding: “We are keeping so busy working on Ambers Army right now and it’s good for us to keep her memory alive and know the positivity it will have going forward.”

A fundraising initiative, named Amber’s Army, has been set up by Amber’s parents to help support other families going through similar situations.