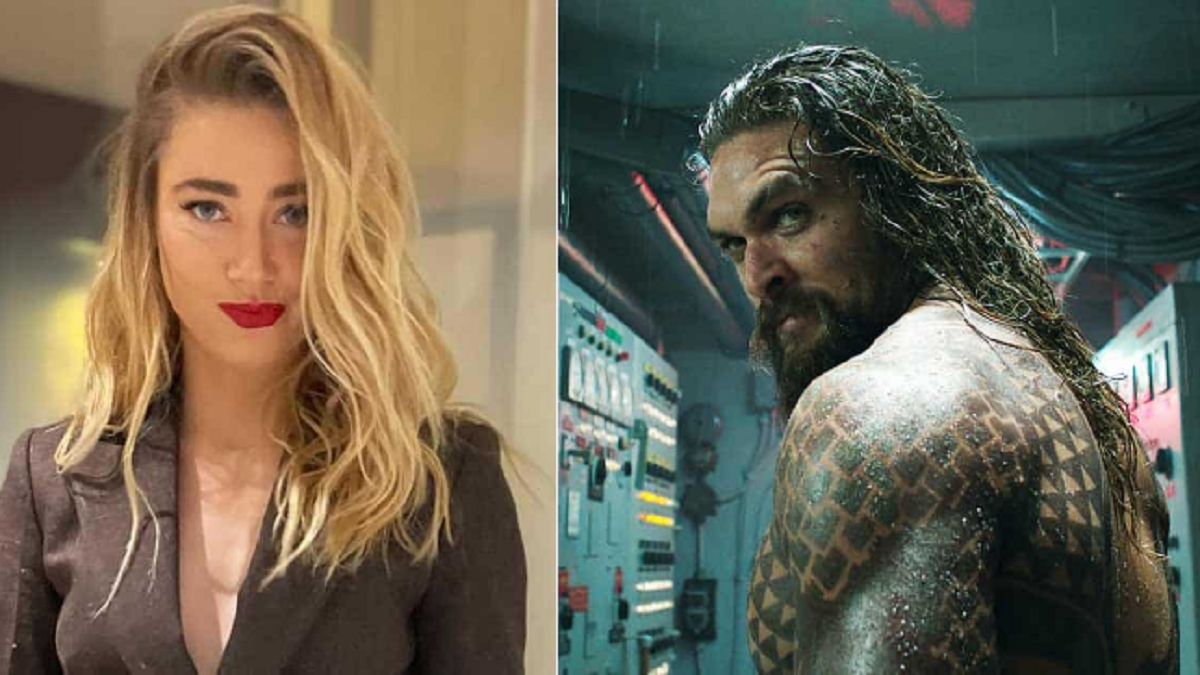 Amber Heard has been in the limelight ever since the defamation trial over the 2018 op-ed against Johnny Depp. She lost the case and was ordered to pay $10.35 million to her ex-husband. While she doesn’t have that kind of money, a lot of bizarre reports including her s*x life and toxic behaviour have been doing rounds on the internet. Scroll below to know the actual truth about her rumoured fallout with Jason Momoa on Aquaman sets.

As most know, ever since Johnny Depp won the defamation trial, netizens have been more active than ever in demanding the removal of Amber from the DCEU franchise. There have been petitions online that have crossed 4 million signatures. Rumours were even rife that Emilia Clarke has replaced the actress and is re-shooting all her sequences in the sequel secretly but there remains no confirmation of the same.

Jason Momoa silently showed his support for Johnny Depp by following him on Instagram during the latest legal battle. There had been rumours that he didn’t gel well with Amber Heard on Aquaman sets, while others claimed that he along with director James Wan had been fighting with creators to keep her in the franchise despite the online negativity.

But there was one time that Amber Heard came out in the open and spoke about her rumoured fallout with Jason Momoa on Aquaman sets. She told Entertainment Weekly in 2018, “You always know where Jason is… He’d make the worst ninja ever.” Heard explained. “I got annoyed [with] him because on the set I read books and I’m quiet. He’s allergic to not making people laugh or be keeping people engaged around him all the time. So he started stealing my books so I’d be forced to pay attention to him.”

While detailing her experience of working with Jason, Amber added, “He’s exactly like you think Jason would be like, but even more so. His heart and his personality is as big as he is. He’s got this booming voice and his sense of humor isn’t satisfied unless he’s making people laugh.”

Well, clearly there seems to be no bad blood here!