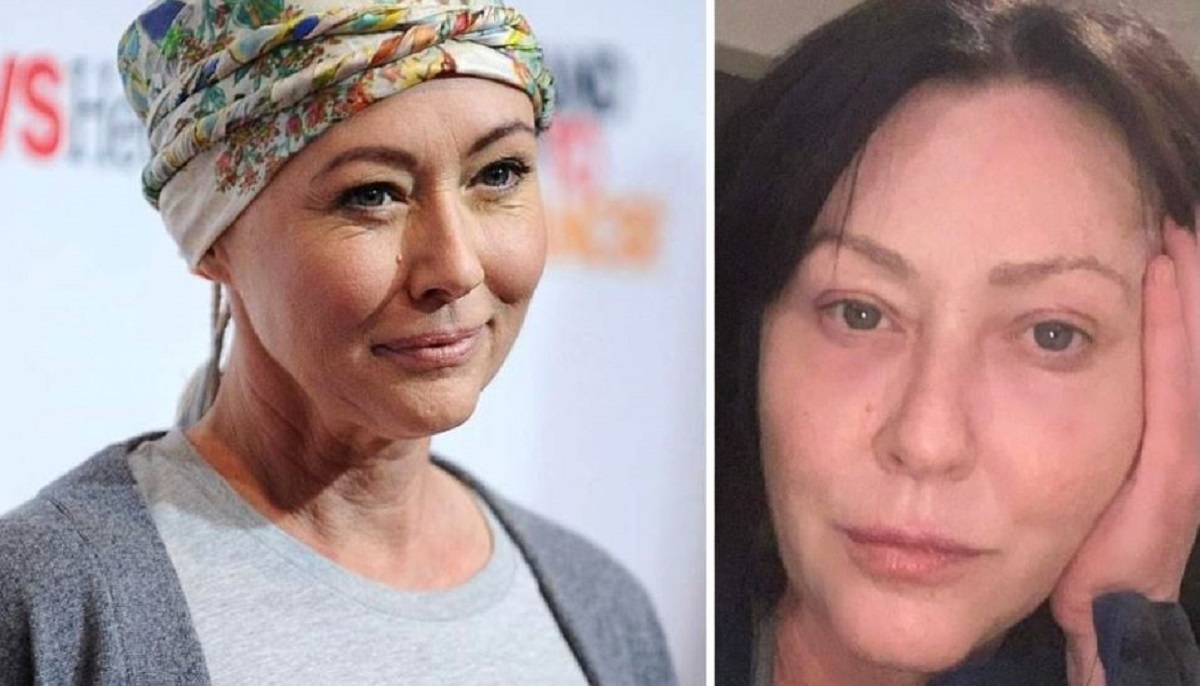 Shannen Doherty, the Beverly Hills 90210 star, beat cancer once, but was diagnosed again in February 2019. Ever since she got the devastating news, Shannen is openly speaking of her battle and her condition.
During an interview that aired on Good Morning America, the actress said, “Our life doesn’t end the minute we get that diagnosis. We still have some living to do.” Such encouraging words coming from a celebrity can mean the world to people who are experiencing the same.

Of course, learning that the evil disease was back wasn’t something she could accept easily and said it was “a bitter pill to swallow in a lot of ways.” But Shannen is a fighter, and she fights hard. This incredible woman is optimistic despite the cancer spreading from her breasts to her spine. Giving up is never an option, and that’s a lesson we should all live by no matter how hard things get.

For an interview with Elle, Shannen reminded everyone that what truly matters in life are the small things. “I try to treasure all the small moments that most people don’t really see or take for granted. The small things are magnified for me. We have this endless well within us, and it’s just about continuing to dig in that well for the strength to face adversity—and so that we can also see all the beauty.” 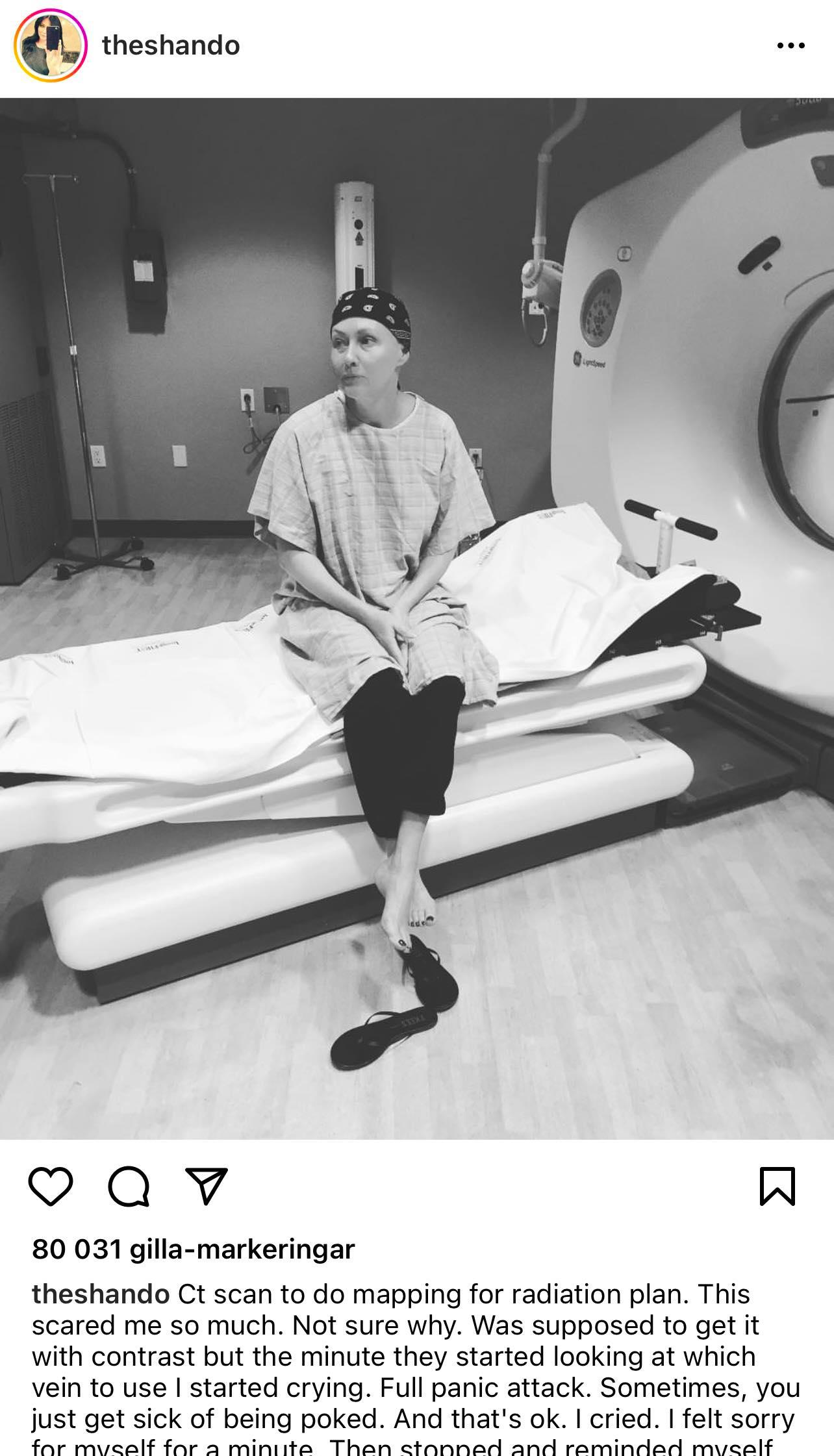 Shannen’s looks won’t reveal what she is going through.
She says she feels healthy and her husband, Kurt Iswarienko, wants to tell people that IV stage cancer patients don’t just sit in a room looking out a window on their deathbed. “I don’t see a cancer patient when I look at Shannen. I see the same woman I fell in love with. She looks healthy and vital.” 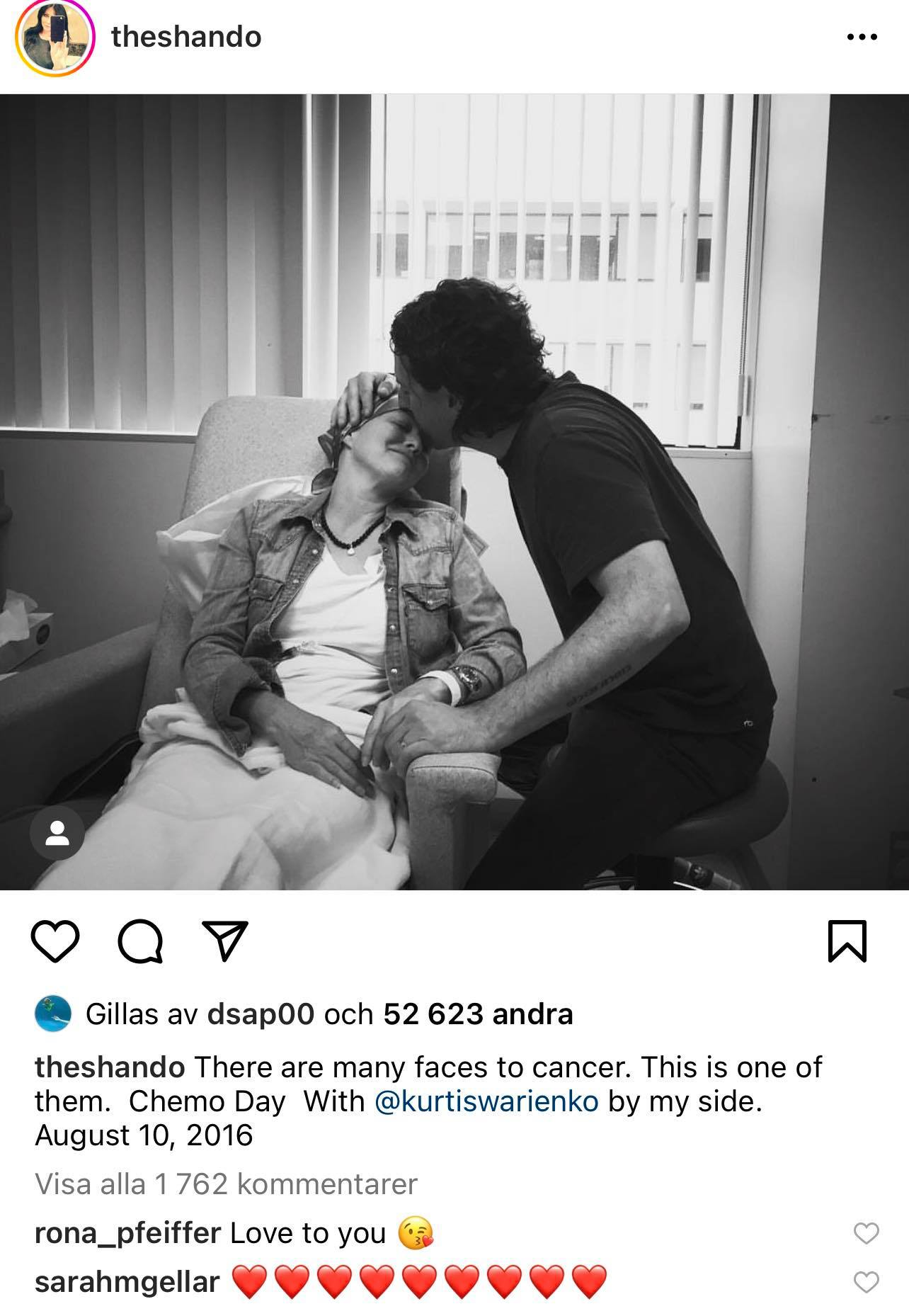 However, despite feeling well at the moment, Shannen is perfectly aware that things might not turn out the way she wishes.
She wants her friends and family to have a piece of her after she’s no longer part of their life. Recently, she spoke how she wanted to record messages to those who mean the world to her, like her mom and her loving husband, but doing so felt to her like she was confessing that she will eventually lose the battle.

“Whenever it comes time for me to do it, it feels so final,” the actress admitted. “It feels like you’re signing off, and I’m not signing off. I feel like I’m a very, very healthy human being. It’s hard to wrap up your affairs when you feel like you’re going to live another 10 or 15 years.”

She then added, “It’s like anybody with Stage IV faces this sort of thing, where others want to put you out to pasture. I’m not ready for pasture. I’ve got a lot of life in me.” 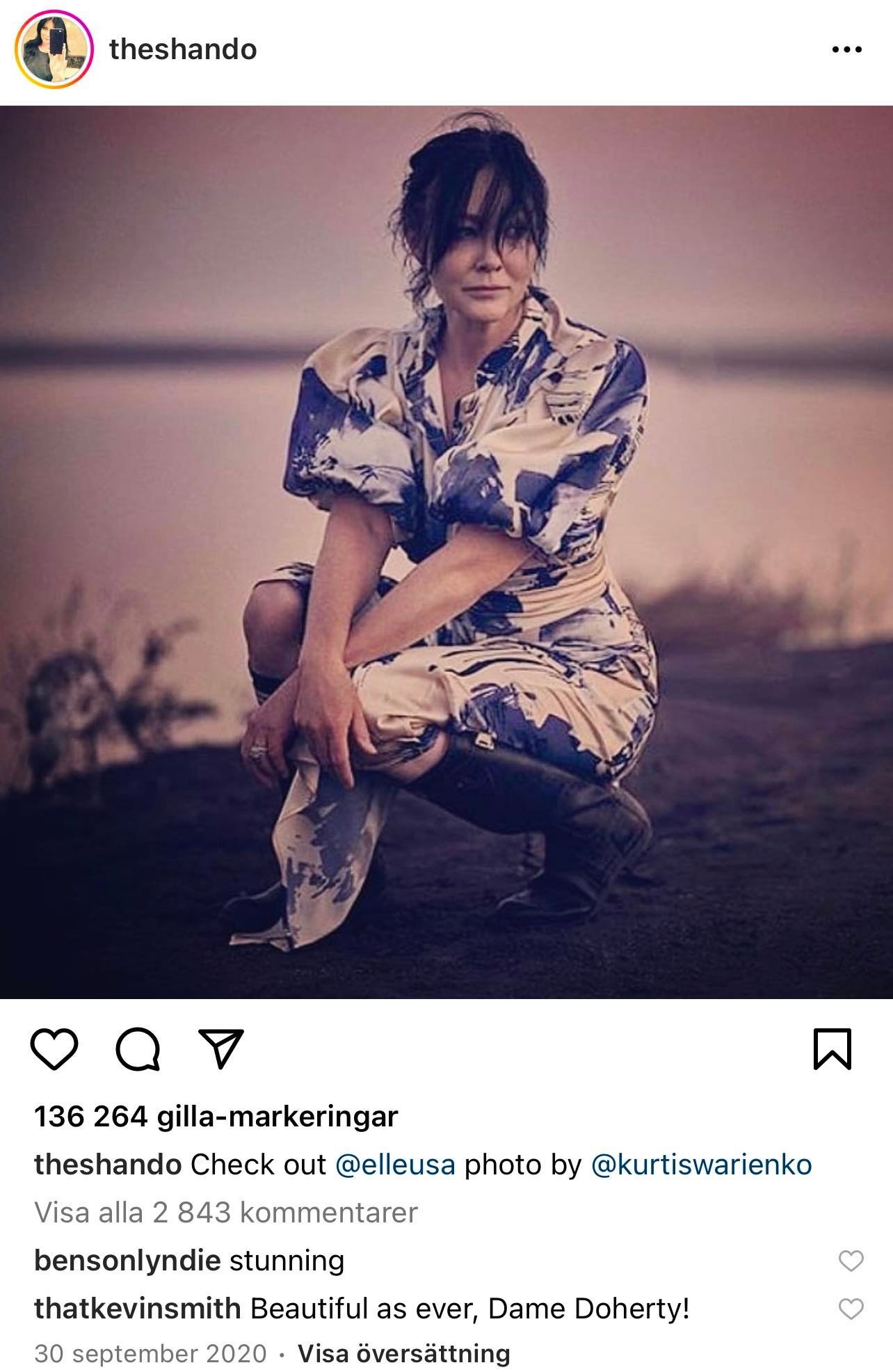 According to her, what is truly painful isn’t physical, but mental.
She cares of the emotional effects her state has on those around her. “Pain is manageable, you know living without a breast is manageable, it’s the worry of your future and how your future is going to affect the people that you love,” the Charmed actress told ET. She added, “Cancer has in a strange way done some amazing things for me. It’s allowed me to be more me, like much more in touch with who I am, and much more vulnerable and the person that I always was, but I think it got hidden behind a lot of other stuff.”

“I definitely have days where I say why me. And then I go, well, why not me? Who else? Who else besides me deserves this? None of us do,” she told Good Morning America. 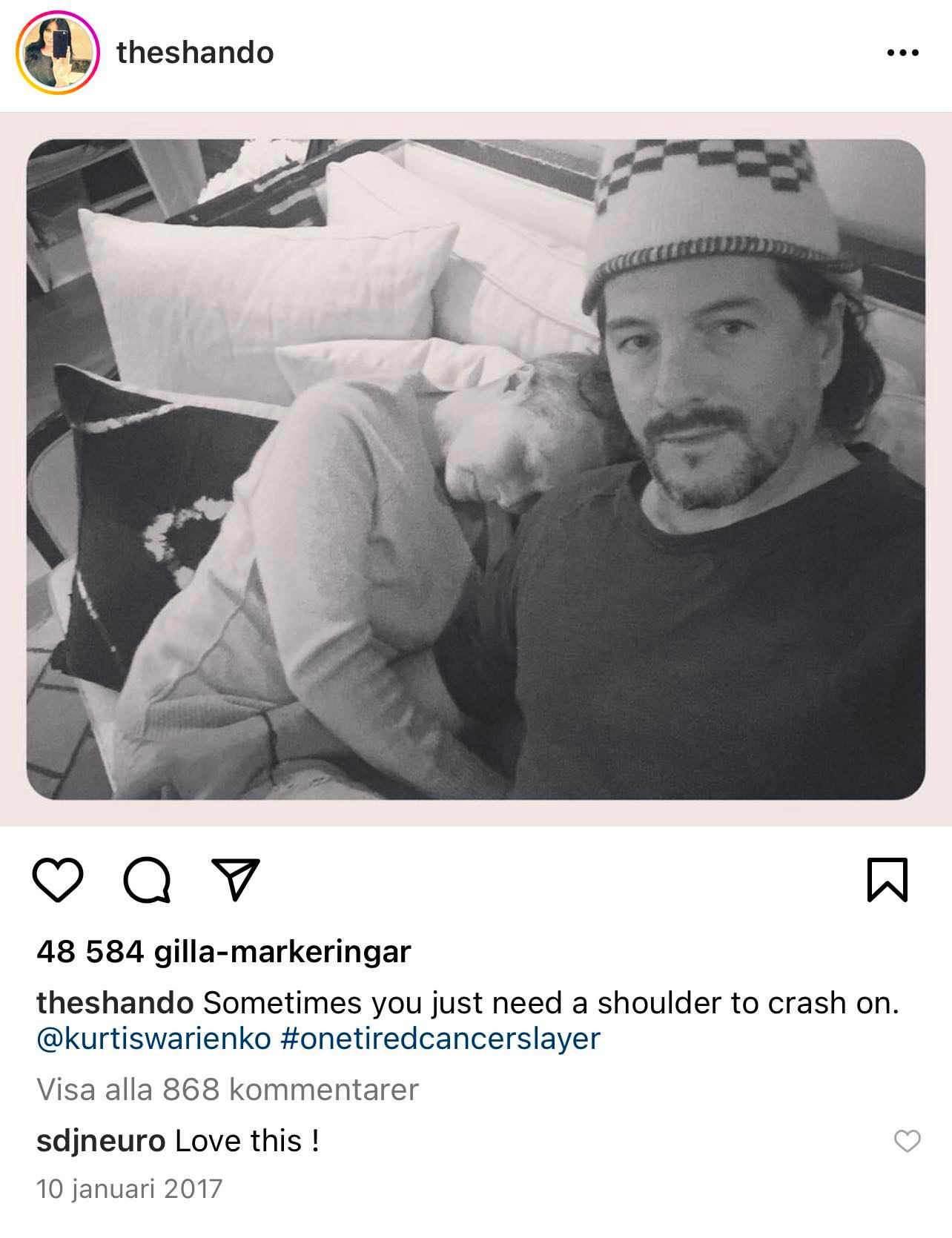 The good thing is that medicine progresses with each passing day and metastatic breast cancer isn’t the immediate death sentence it used to be. Many patients live long years after being diagnosed.