Alec Baldwin is set to be charged with two counts of involuntary manslaughter following the fatal on-set shooting of cinematographer Halyna Hutchins, prosecutors have confirmed.

As reported by CNN, Baldwin and the movie’s armorer Hannah Gutierrez-Reed will each be charged with two counts of involuntary manslaughter. 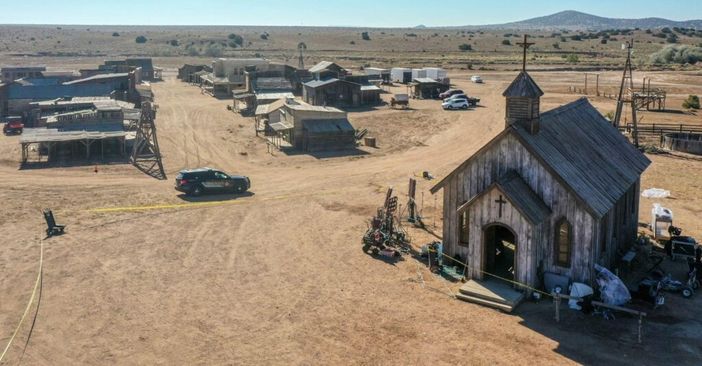 On October 21, the 63-year-old actor was handed a functional prop firearm and discharged a round that injured director Joel Souza and fatally wounded Hutchins. 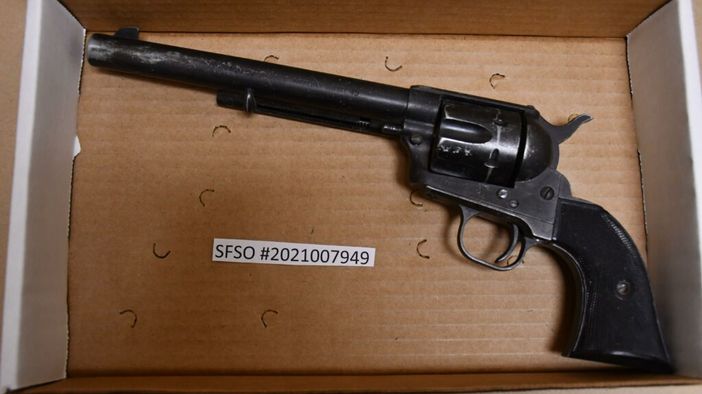 Alec Baldwin alleged the prop gun (pictured) was meant to be unloaded, and fired rounds without him even pulling the trigger. Credit: ZUMA Press, Inc. / Alamy
Alec had claimed in a tearful interview with ABC News that he did not pull the trigger of the gun at the time of the shooting.

When speaking to George Stephanopoulos, Baldwin was asked whether or not the trigger of the prop gun was pulled, to which the 64-year-old replied: “Well, the trigger wasn’t pulled. I didn’t pull the trigger.”

Stephanopoulos responded: “So you never pulled the trigger?”

“No, no, no, no, no,” Baldwin said. “I would never point a gun at anyone and pull the trigger at them. Never.”

Per the LA Times, crew members reportedly revealed that – prior to the functional prop firearm being discharged – Baldwin was preparing to film a scene in which he plays a hardened Kansas outlaw in the 1880s.

The LA Times added that no projectile or gunpowder was supposed to be in the prop gun.

After allowing the camera crew to prepare their angles, Baldwin allegedly demonstrated what he was planning to do when cameras started to roll. However, the firearm was discharged and director Joel Souza and Hutchins were shot.

Immediately after, Baldwin reportedly kept repeating the words: “What the f*** just happened?”

Mamie Mitchell, the script supervisor who was just a few feet away from Baldwin and called the emergency services to report the shooting, alleged in a lawsuit that the actor “intentionally, without just cause or excuse, cocked and fired the loaded gun even though the upcoming scene to be filmed did not call for the cocking and firing of a firearm.”

In the weeks after the incident, Gutierrez-Reed’s lawyer, Jason Bowles, claimed that his client had nothing to do with the live rounds winding up on set and is hoping the investigation will determine who is responsible for it.

He also said at the time that the set was “tampered with” before police arrived to investigate the deadly incident.

Bowles said: “We are convinced that this was sabotage and Hannah is being framed. We believe that the scene was tampered with as well before the police arrived.

“The truth finding process demands that the District Attorney and FBI run down all of the evidence, including the nature of those live rounds.

“This morning we offered to share additional, critical information with the Sheriff’s Office and are awaiting their response on the sharing of information.”